In 1986 ish I started my first dabbling with photography and this became a bit of an obsession. Between 1988 – 1992 I studied photography and I spent a lot of my time in the studio with flash lighting and large format cameras.  After working briefly for a photographic studio in 1993-94,  in 1995 I started Oyster picture framing which I am still doing today.  In those early days of picture framing I also copied paintings on to 5×4 for printing.  In about 2000 I bought my first Digital camera, followed by a DSLR in 2004 and although this had an initial interest for me,  in 2010-11 I looked at it and thought my photography was going nowhere.  I felt that I was taking loads of photographs with no real care taken because they didn’t cost anything in time or money.  So at that time I thought it was time to recalibrate my photographic outlook. 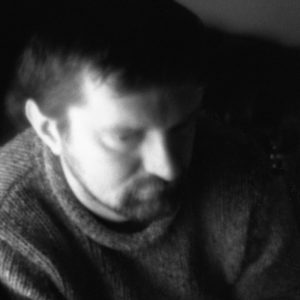 So I set about going back to basics – I made a pinhole camera which really focused the mind.  Not only was the exposure tricky but with no viewfinder, a certain amount of educated guesswork was needed and the whole event / performance required a great deal of effort because if you got the image capture wrong, you would then waste more time and money afterwards, so all decisions had a cost -and I had little time and money.  I was greatly encouraged with my results in this time and looking back now I am quite surprised at the quality of some of these images.  From that point I think I was wanting something a bit sharper so I opted for a relatively cheap 120 roll film slr, not that different to one I had bought new 20 years earlier.  The following year saw me using this camera more and more and I really enjoyed what it had to offer.  Unfortunately in late 2012 I suffered a massive stroke and very nearly died.  It has taken me two and a half years to recover.  So in 2015 I took that same camera out for its first outing to Sheffield Park and had some reasonable results.  So that’s me, still here, still trying.